While on this trip, when I arrived in the rendevous spot in Marin County, my car was overheated and a nice person stopped by to see if he could help. Later I realized this good samaritan was Peter Coyote

I use kratom for inoperable back pain and have been successfully using it to reduce need for synthetic opiates like hydrocodone. I was hoping to quit Norco completely, but my problem is pain, not addiction. Kratom seemed to be a safe, reasonable alternative–finally! So this imperious pronouncement by DEA represents a real setback.

I thought the authorities wanted people to reduce their use of narcotics. It’s a laudable goal, but this prohibition of kratom would have an effect counter to the one they intend. Certain states that have banned kratom, for example, already have shown an uptick use of heroin and other opioids. Please consider!

This move is short-sighted, unethical, certainly undemocratic, and just plain mean, frankly. I hope this is a trial balloon by DEA, but we need to pop it. Haven’t we learned anything from blanket prohibitions? Kratom has a history thousands of years old. It does NOT get you “high” as usually understood and is not very addictive as far as I can tell. It is in no way of the class of drugs typified by “bath salts.” At least permit study of this wonderful plant.

Please, let’s pursue a rational course and allow room for study and ‘sober’ reflection before creating a new class of instant criminals. 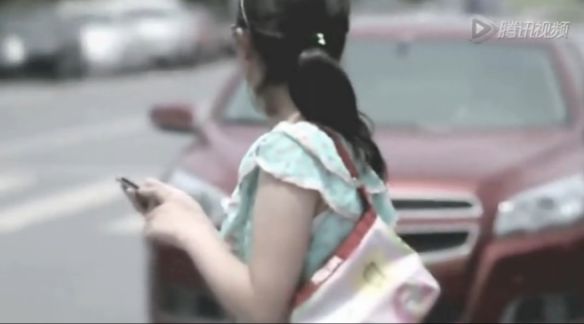 By Shawn Hamilton Lately Iâ€™ve encountered a surprising number of people in public who seemed to be talking to themselves. Often when this happens, I assume these folks are talking to me, so I respond in some way as polite custom dictates, only to be ignoredâ€“or to receive a disapproving glance for having invadedÂ [â€¦]

This roughly two-minuteÂ video is GRAPHIC but not gratuitous. The intent is to make people moreÂ aware of the dangers of phone fog.Â It might save one or someone you know. Kindly proceed with that understanding.

In order to augment the veracity of Dan’s article (Shamelessly Oxymoronic US Healthcare), I’m posting a medical bill I got for taking my son to the ER to remove a piece of cotton from his ear. My young son got the head of a Q-tip stuck in his ear on a Friday night, and when I tried to remove it, it went in deeper. As it happened on the weekend, I was afraid it would infect his ear if it got wet and we waited until Monday to see our primary doctor, so I went to the U.C. Davis Emergency Room. I admit there was no real medical emergency at the time, but I wanted to avoid a possible one and did what, as a parent, I thought was best. I am not one to abuse emergency room services and have only used them twice in my life previously, once for my wife when I was teaching college and had no insurance, and once for myself.

It took two minutes (or less) to remove the cotton from my boy’s ear , but the “Q-tip extraction specialist” needed longer hemostats, so I guess thatâ€™s what cost the extra thousandsâ€¦. A hemostat is such a complicated tool as we all know, about as complex as a pair of tweezers.

In Taiwan, a very capitalist country with wonderful nationalized health care (Iâ€™ve used it), most likely the doctors would have said no charge and given my kid a lollipop on his way out. If they did charge, it would have been no more than $20 and probably with an apology since we had no national health care card like everyone else and had to pay out of pocket. This happened to me atÂ Chang Gung Memorial Hospital in Linkou, Taiwan in 2008. I got an x-ray of my back along with a consultation and they charged me $20. The billing agent said she was sorry she had to charge me. How many of you have heard that in the US?

This was WITHOUT INSURANCE!

Here in the US they gave us a $3000.00 bill for a one-minute cotton ball removal from my son’s ear. Yes, weâ€™re lucky to have had health insurance, at least temporarily, so we had to co-pay $75, which I still think is too much for what the white-coated demigod that treated my son actually did. Thatâ€™s not the point. Just because I had coverage doesnâ€™t excuse the travesty of a blatant overcharge like that. What if it were a real medical emergency? Thatâ€™s how people go bankrupt in America for getting sick or hurt once without insurance. Weâ€™re the only â€œcivilizedâ€ (the term doesn’t seem appropriate somehow) country where that happens. Shame on us. We suck because we tolerate this shameful state of affairs, and most Americans are completely duped about the nature of health care in America. These are invariably people who have never traveled outside the US to another truly civilized country.

This is the problem with US health care. Insurance or not, it costs too damn much. So whereâ€™s the money going? Doctors do well in other countries without exploiting patients. My guess is the insurance business bandits in the US are skimming off most of the loot.

This is criminal, and the crooks need to go.

“A massive dock” that was washed away from a city on Japan’s northeast coast by the devastating March 2011 tsunami landed this week on an Oregon beach. It’s a warning sign that dangerous chunks of debris from that disaster are reaching the Pacific coast of the mainland U.S. much sooner than predicted, The Oregonian reports.