who discusses his father, Ralph Hamilton, a P-51 Mustang pilot during WW2. Shot down over Crailsheim, Germany in 1944, the elder Hamilton became a prisoner of Germany and subsequently an artist and Soldier for Peace.

VETERAN PLEADS: DO NOT BLINDLY SACRIFICE YOUR LIFE FOR YOUR COUNTRY! Author Publishes WWII Pilot Father’s Legacy and Warning

SACRAMENTO, CA, USA, October 19, 2014 /EINPresswire.com/ — SACRAMENTO, 19 October, 2014â€”The belief that itâ€™s noble to support the nationâ€™s military regardless of circumstances will perhaps always prevail. Itâ€™s a seductive patriotic ideal, but over the course of our nationâ€™s history, the US military has been increasingly used to protect the interests of the rich and powerful rather than liberty and justice for all. Journalist Shawn Hamilton has written his new book, Be All You Can Be, as a wake-up call to the nation, using his WWII veteran father’s story as the revelry bugle.

A person who is willing to sacrifice his life â€˜for his countryâ€™ is merely a dupe in the profit game of the military-industrial complex.”
â€” Major Ralph E.Â Â  Hamilton, 1976 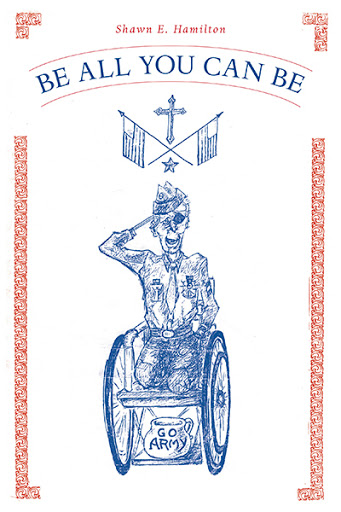